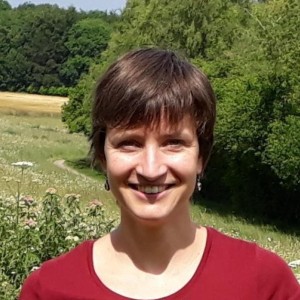 Slowing Down in a World That Never Stands Still

It’s been a little while since I last wrote a blog post. I often struggle to find the time, or rather, make the time. There’s always plenty on my to-do list and when there isn’t (it doesn’t happen very often), I like to take a break. But now that we are forced to slow down, I have more time on hand.

Usually, I put the pressure on myself instead of someone else on me. I always want to do more and do it as well as possible. I think it’s partly my personality that keeps me going; I am very ambitious and once I have started something, I will see it through until the end. But I also think that the pressure I feel partly comes from society. Our system is based on the belief that more is better: more work, more money, more stuff, more economic growth. But how much further can we go?

For now, we are not going much further. We have been stopped in our tracks. We are being forced to slow down – at least some of us. Supermarket employees, nurses, carers and doctors and workers along the supply chains are still working full on, whilst the rest of us has been told to stay at home.

Lockdown not unlike unemployment

This time reminds me a little bit of the time when I was unemployed only a couple of years ago. I was at home most of the time and when I wasn’t looking or applying for a job, I worked on a book (which I still haven’t given up on). My mental health deteriorated with every week I was unemployed, especially after the first year, because of the lack of purpose, the rejections from jobs and the financial worries. I’m a bit scared that it will all repeat itself.

Whilst I have lost one of my two jobs – my market stall, I am lucky that I still have another job. I am lucky that I am not unemployed for a second time. Nevertheless, I am worried that I will fall back into old patterns; not doing enough other than sitting at the desk, not exercising enough and not being able to sleep because I don’t feel tired and my thoughts are racing through my head. But then I remind myself that this is different.

When I was unemployed, I put the pressure on myself to find a job to be financially independent. I felt pressure from my family and pressure from society. But above all, I felt not good enough and left behind. It was a time when I questioned some of my fundamental beliefs. I went to university to study geoscience to find a job in the environmental sector. But now I had to work in a pub on a zero-hour contract to earn some money and keep my sanity. Was that really the reward for all my efforts? Was my education not good enough to get me a job? Or was I not good enough for the jobs I was applying for?

I went through many ups and downs whilst I was unemployed for nearly two years, but I have taken three lessons away from it:

Life is about having a purpose

Firstly, even though we often complain about work, sitting at home all day gets boring, and can drive us insane. I think most people feel the urge to do something at some point. We like to set ourselves goals, work towards and look forward to something on various timescales. We like to feel a sense of purpose in life. Being unemployed made me realise that whilst it’s nice to have a holiday, that it’s also nice to go back to work at the end of it. In a way, unemployment felt like a nightmare of a never-ending holiday with a string of financial worries and a ticket towards depression.

A system without safety nets

Secondly, I felt let down by the system (or maybe just my high expectations). I had studied at university for nine years (Bachelor, Master and PhD) and was ready to apply my knowledge in a job. Nine years, I had comfortably lived on a student budget and all I wanted was a better paid job that would allow me to pay my tax and into a pension. But instead I fell into a gap, I didn’t know existed. For a student, I was too ‘old’ to go in at entry level. Companies were looking for people who had done a bachelor’s, maybe a master’s degree, but not necessarily a PhD. At the other end, I was not experienced enough to enter at a more senior level. Maybe it was also unfortunate that I was a woman of child-bearing age – I will never know. So where did I belong?

As time passed, my mental health deteriorated. I felt trapped in a downward spiral and didn’t know how to get out of it. I felt like I was running but getting nowhere. All I knew was that I didn’t want to give up – and it paid off. I did find a job eventually that got me out of the hole of unemployment. Looking around me now, there is people my age, who exited university after their bachelor’s and have progressed further in their career than I have. They have been able to buy a house and pay into their pension, both of which gives them long-term financial security. I haven’t done either, even though I have been working hard.

Last year, I started my own business partly because of my passion for sustainable living and partly because I didn’t want to end up in unemployment again. I still don’t think that I have found my place in the environmental sector with my current job and I’m not sure that I ever will. Instead, I hope that I can become full-time self-employed to follow my career ambitions. Maybe I will only harvest the fruits from my studies later in life, but maybe not. At least I hope, I won’t end up poorer for having gone to university.

My mum always said that I should enjoy the free time I have because I won’t get it again soon. And she was right. I wish I had worried less and enjoyed my time a little bit more. But when you are unemployed this is easier said than done. However, now that most of as are forced to slow down, I want to and can enjoy it a little bit more, and I hope you can too.

Slow down and live sustainably

I didn’t think I would be in a similar situation again any time soon, but here we are, forced to slow down! I will use this time to continue working on my book. I will use it to read books, rest and reflect on life. I think one question we should all ask ourselves is: Do we really always need more, or could we also do with less? Less driving, less flying, less shopping, less stuff, less waste and less destroying the planet? Instead, could we walk and cycle more, go on holiday closer to home, buy better, free ourselves from the burden of stuff, share what we have with others and tread more lightly on planet Earth?

As we are forced to slow down and stay at home, we may realise that what really matters are our family and friends and not how much stuff we own. After all, we are social creatures who depend on each other for our wellbeing as well as the functioning of our communities and societies. This in turn depends on the resources and processes provided by the natural world.

Moving my life and business from the UK to Germany